Vietnam banks restructure debts worth over US$24 billion during pandemic

As of October, banks and credit institutions in Vietnam have restructured the debt payment schedules for over 500,000 customers affected by the pandemic with total outstanding loans of VND260 trillion ($11.5 billion).

This resulted in a total of VND550 trillion ($24.3 billion) since the Covid-19 pandemic first emerged in Vietnam in early 2020, the State Bank of Vietnam (SBV) revealed the figures reflecting efforts of the banking sector to address difficulties for the business community in accessing credit support for production resumption.

In addition, commercial banks under the instruction of the SBV have waived and lowered lending rates for nearly two million customers with total outstanding loans of VND3,790 trillion ($167.5 billion).

According to the central bank, banks have foregone around VND31.4 trillion ($1.38 billion) in profits by lowering lending rates from January 23, 2020, to late October 2021.

Over 1.2 million customers have also been able to access loans with preferential rates of over VND7,000 trillion ($309 billion).

The state-run Vietnam Bank for Social Policies (VBSP) alone has extended debt payment for around 260,000 customers for total loans of VND6.06 trillion ($267.5 million), along with new loans of VND130 trillion ($5.74 billion) for 3.5 million eligible customers.

While providing credit support for businesses, SBV Governor Nguyen Thi Hong warned Vietnam is facing high inflationary pressure next year, especially as countries around the world are pushing for economic recovery and prices of goods and products are rising.

Hong pointed out the fact that a number of major economies have seen record-high inflation such as the US, South Korea, or Europe in the last months, forcing central banks to ease monetary policies and raise inflation rates.

“Vietnam, one of the most open economies in the world with its trade-to-GDP ratio at over 200%, is highly vulnerable to imported inflation,” she added.

For the domestic market, Hong expressed concern over the rising bad debts in the banking sector. “Banks have been lowering lending rates with their own resources, so they are on their own when dealing with bad debts,” she noted.

“The SBV is committed to further aiding the economy, but at the same time putting priorities on ensuring the national financial safety,” Hong suggested. 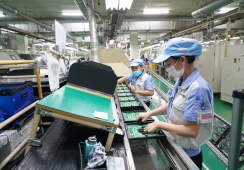 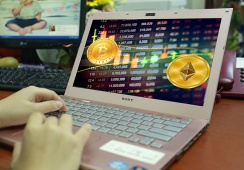