The banking system has been providing support for 590,000 customers, mainly in forms of debt restructuring or freezing and waiving debt payment with outstanding loans worth over VND1,000 trillion (US$43.31 billion).

Meanwhile, as of December 18, the growth rate of M2, which measures money supply that covers cash in circulation and all deposits, increased 12.83% against the end of 2019 and 14.62% year-on-year, noted Mr. Tu.

Since the beginning of the year, the SBV has cut its interest rate caps four times, the moves which have encouraged commercial banks to provide loans at lower interest rates, with the latest made on September 30 by slashing 0.5 percentage points to the refinancing interest rate, discount interest rate, overnight lending rate, and interest via open market operations (OMO).

According to the SBV, the bad debt ratio as of late October exceeded 2%, but “this is inevitable given the severe economic impacts from the Covid-19 and customers’ debt repayment capabilities greatly affected as a result,” noted Mr. Tu. 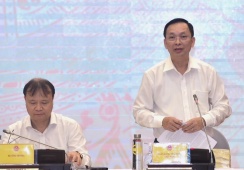 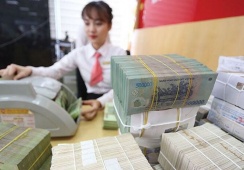 Weak credit demand leads to credit growth at only 4.81% in Jan-Sept 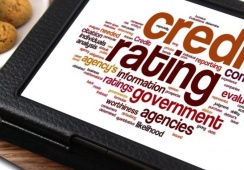