At a time when the Covid-19 pandemic is causing severe impacts on the global economy, trade tensions among economies have escalated and resulted in excessive use of trade protection measures.

As import tariffs are gradually removed under commitments to free trade agreements (FTAs), more trade probes against Vietnamese products are set to emerge and put local enterprises at risk.

According to statistics from the Ministry of Industry and Trade (MoIT), as of September, the agency has recorded a total of 193 trade probes against Vietnamese goods in the forms of anti-dumping, anti-subsidy, among others, in turn affecting a trade turnover of nearly US$12 billion.

Notably, new trade probes against Vietnamese exports during the first nine months of 2020 doubled to 32 from 16 recorded in the same period of last year.

The MoIT informed 62% of the trade probes against Vietnam’s exports are from the US, India, the EU, Turkey, Canada and Australia. Meanwhile, ASEAN countries have also been active in adopting trade protection measures against Vietnamese products, accounting for 20% of the total.

At a time when the Covid-19 pandemic is causing severe impacts on the global economy, trade tensions among economies have escalated and resulted in excessive use of trade protection measures.

Notably, most of Vietnamese exports that are under trade probes are the country's staples, including metal, fiber, seafood, construction materials, and chemicals, among others.

Minister of Industry and Trade Tran Tuan Anh referred to the case that 18 out of 20 local aluminum frame sustained losses in 2018 as they were unable to compete with cheap imported Chinese products. However, one year since the local authority initiated an anti-dumping probe on this product, the majority of these firms have now recovered.

Director of the WTO Center under the Vietnam Chamber of Commerce and Industry (VCCI) Nguyen Thi Thu Trang suggested enterprises should be active in identifying signs of trade fraud in their respective fields and cooperate with competent authorities to assess potential impacts of such acts.

Meanwhile, economists said for enterprises to avoid risks of facing trade probes, they should focus on developing value chains and utilize input materials made domestically.

As protectionism remains a popular approach for many countries around the world, enterprises should look to diversify their export markets and strive to compete with others based on product quality instead of prices.

In this context, the MoIT has been providing support for local enterprises in protecting their lawful rights in international trade. Specifically, it has set up an early warning system to provide information for enterprises with a list of goods facing high risk of trade protection measures.

During the investigation process, the MoIT would continue to request foreign authorities to treat Vietnam’s exporters in a fair and transparent manner, and fully comply with WTO regulations. 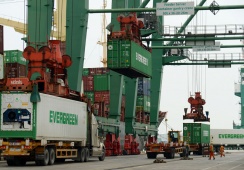 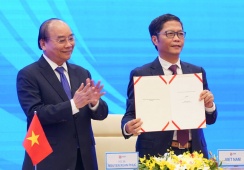 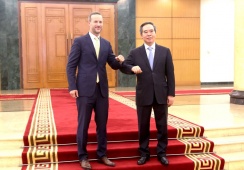