A devaluation of the Vietnamese dong will disrupt and cause severe consequences to the local economy, said an expert.

Vietnam has no intention of manipulating the currency. The most important issue for the Vietnamese government is to stabilize the macro-economic condition and build trust among people, investors and businesses.

“A devaluation of the Vietnamese dong in this situation will disrupt and cause severe consequences to the economy,” said Truong Van Phuoc, a member of the Prime Minister’s economic advisory group.

Mr. Phuoc made the view in response to the US Treasury’s decision on December 16 to label Vietnam and Switzerland as currency manipulators that have deliberately devalued their respective currencies against the dollar for unfair trade gains.

The US uses three criteria to determine if a country is a currency manipulator. Besides the current account surplus criterion, two other criteria are a bilateral goods trade surplus with the US of at least US$20 billion; and intervention in the foreign-exchange market that exceeds at least 2% of GDP.

While Vietnam’s trade and current account balances are in surplus with the US, the actual amount is not significant, stated Mr. Phuoc. “In fact, remittance makes up a large chunk in Vietnam’s current account, but such amount does not depend on the exchange rate.”

Nguyen Duc Do, vice director of the Institute of Economics and Finance put a question mark in the US Treasury’s recent move, referring to the agency’s report released early 2020 that said Vietnam’s reserves remained “below standard adequacy metrics and there was a reasonable rationale for rebuilding reserves.”

Not only with Vietnam, the US recorded a growing trade deficit with other trading partners from US$490 billion in 2014 to US$617 billion in 2019.

“US tax cuts and the full employment situation of its economy in 2017 leads to growing aggregate demand and further expand the already growing trade deficit,” he noted.

According to Mr. Dapice, Vietnam actually needs to build up its foreign exchange reserves to ensure the financial national security amid an abundant supply of the US dollar thanks to high trade surplus, foreign investment capital inflows and remittance.

As of the end of August, Vietnam’s foreign exchange reserves stood at US$92 billion, equivalent to four months of imports, which is considered normal and could soon reach US$100 billion by the end of this year.

Other expert even suggested the foreign exchange reserves could increase to around US$150 billion in the upcoming 12-18 months or higher, if the country’s economic size and trade turnover continue to grow.

Solutions to address the issue

It is needed to clarify that Vietnam has no intention to devaluate the VND deliberately to gain unfair trade competitive advantages.

In the coming time, Vietnam should reduce its trade surplus with the US by enhancing the import of US goods and products, as well as addressing the issue of illegal transshipment of Chinese goods to the US via Vietnam.

The State Bank of Vietnam (SBV), the country’s central bank, yesterday released a statement rejecting US claim that Vietnam is seeking unfair trade gains, saying Vietnam’s’ main objective of its foreign-exchange policy is to control inflation and stabilize the macro-economy.

The SBV, however, stressed Vietnam continues to give priority to a stable and sustainable trade-economic relation with the US and will strive to ensure a harmonized and fair-trade relations with the US.

Reuters on December 15 reported John Goyer, the US Chamber of Commerce’s Executive Director for Southeast Asia, warned the US not to impose tariffs on Vietnam over the issue, as this would “send a bad message to Vietnam and damage the overall relationship.” 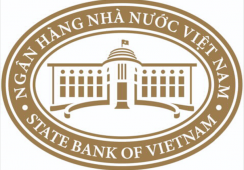