KB Securities predicted there would be flat growth in foreign tourist arrivals to Vietnam in 2020, compared to 15% growth in 2019.

Vietnam major airlines such as national carrier Vietnam Airlines and budget airline Vietjet Air are predicted to face a no-growth scenario in 2020, due to slower growth or even a decline in the number of international tourists on fear of the outbreak of the new coronavirus (nCoV), according to KB Securities.

Amid the ongoing outbreak of nCoV in China and countries around the world that claimed 362 deaths and 17,297 cases of infection as of today, the Vietnamese government requested the Ministry of Transport (MoT) to suspend flights to and from nCoV-stricken areas, while Vietnam will stop receiving Chinese tourists.

Meanwhile, Hanoi’s authorities have stopped issuing visas for foreigners, including Chinese nationals, who have been in China for the last two weeks.

In case of nCoV, KB Securities predicted the impact to be more difficult to evaluate for Vietnam, due to (1) the close proximity between Vietnam and China and the spread of the disease which is faster than SARS; (2) the ratio of Chinese tourists to foreign arrivals coming to Vietnam is increasing every year, reaching 32% in 2019 as airlines open more flight routes to Chinese provinces and cities.

It is predicted that the number of Chinese tourists to Vietnam would decline 75% and no growth in the number of foreign tourists during the outbreak, while the disease would last shorter than SARS (six months) due to the quick responses from the international community. For the final months of the nCoV epidemic, KB Securities assumed the number of tourists to grow at an average of 15%, equivalent to growth rate in the whole 2019.

With such assumption, KB Securities predicted there would be no growth in foreign tourists arrival to Vietnam in 2020, ranging from -1% to 2%. 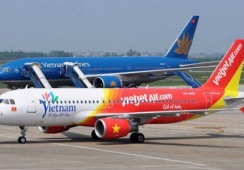 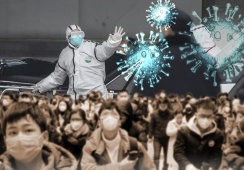