Vietnam was among a handful of economies that has brought the spread of Covid-19 under control early on.

Amid a generalized downtrend in the third quarter, Vietnam posted the highest trade growth globally during the period at 10.9% year-on-year, according to the United Nations Conference on Trade and Development (UNCTAD)’s new Global Trade Update report.

China, Taiwan (China) and Turkey were three other economies hat have posted positive export growth during the July - September period, with the corresponding rates of 8.8%, 6.4% and 0.7%.

Notably, the top three were also among a handful of economies that have brought the spread of Covid-19 under control early on, with Vietnam having reported only 1,141 cases of Covid-19 infection and 35 deaths to date.

On the contrary, other major economies are still suffering from large number of infections and an inability to kick-start their trade, with exports from Japan, the US and the EU shrinking by between 11.6 and 9.7% year on year in the third quarter, according to the UNCTAD report.

“No region has been spared from the decline in international trade in the second quarter of 2020. However, trade in East Asia appears to have fared relatively better than in other regions. This trend is even more evident for the month of July. On the other hand, the sharpest decline has been for the West and South Asia region, where imports have dropped by 35%, and exports by 41%. As of July, the fall in trade remains significant in most regions,” noted the UNCTAD report.

Overall, global trade is expected to fall by about 7% in 2020 under the assumption that the trend observed in the third quarter continues into the final one of the year. The lower bound for 2020 is at about 9% considering the possibility of a resurgence of the Covid-19 pandemic during the coming months and the prospect of a deteriorating policy environment, with sudden increases in trade restrictive policies. 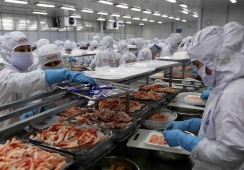 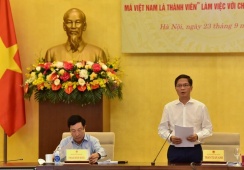 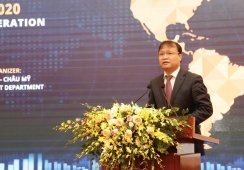