Vietnam recorded a trade surplus of US$2.67 billion during the period.

Vietnam’s state budget collection in the first quarter of this year stood at VND403.7 trillion (US$17.52 billion), up 0.3% year-on-year and equivalent to 30.1% of the yearly estimate, according to the Ministry of Finance (MoF).

Upon breaking down, domestic revenue made up a lion’s share of the total at VND340.2 trillion (US$14.7 billion), up 1.2% year-on-year or 30% of the estimate. The MoF noted 57 out of 63 provinces/cities fulfilled tax collection targets as scheduled, or over 25% of the estimate.

Meanwhile, state budget expenditures during the January – March period hit VND342 trillion (US$14.84 billion), representing a slight increase of 0.2% year-on-year, or 20.3% of the estimate.

This resulted in the budget surplus of VND61.7 trillion (US$2.67 billion) during the period.

Fitch Solutions, a subsidiary of Fitch Group, however expected the country’s fiscal deficit to be narrowed to 3.7% of the GDP.

Such forecast “factors in both a stronger revenue and expenditure outlook against the government’s projections supported by more robust economic activity in 2021 against 2020,” stated Fitch Solutions.

According to Fitch Solution, Vietnam’s budget revenue could rise to VND1,580 trillion (US$68.6 billion), thanks to a continued recovery in economic activity, while expenditure is set to hit VND1,840 trillion (US$79.88 billion).

“A recovery in revenue collection will facilitate looser spending by the government. Capital expenditure disbursement is likely to be quicker in 2021,” Fitch Solutions noted. 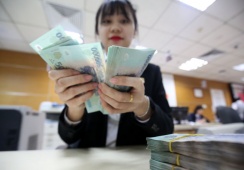 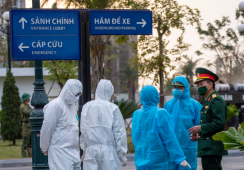 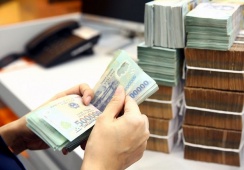