The fact that nearly 19,800 enterprises temporarily suspended operation in the first two months of 2021, up 60.5% year-on-year, has also contributed to a decline in tax revenue.

“The figure remained a positive note taking into consideration a week-long Tet holiday in February causing production paralysis and a Covid-19 outbreak in a number of provinces/cities,” Director of the General Department of Taxation Cao Anh Tuan revealed the figure at a meeting on March 3, noting trade, transportation and tourism have all been impacted as a result.

According to Tuan, the fact that nearly 19,800 enterprises temporarily suspended operation in the first two months of 2021, up 60.5% year-on-year, has also contributed to a decline in tax revenue.

Among measures to mitigate negative impacts on the state budget, tax authorities have been focusing on recovering tax arrears, reaching VND5.11 trillion (US$221.7 million) as of February 28, or 17% of the target.

Tuan expected the serious Covid-19 situation globally would continue to impact the local economy and subsequently tax revenue in 2021.

“The taxation department aims to realize government’s supporting program in an effective and timely manner to support the business community affected by the pandemic, so that they could recover from a difficult period and return to operation,” Tuan stressed.

Tuan requested tax departments at various levels to step up efforts in recovering tax arrears and reduce the rate of unpaid tax accordingly, while tightening supervision over online businesses to ensure greater efficiency in tax collection. 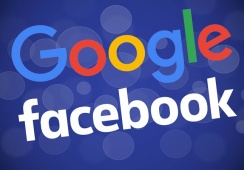 Facebook, Google to be required to pay tax in Vietnam How governments can use tax policy to speed economic recovery? 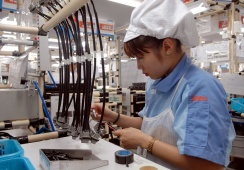 Vietnam finance ministry to delay tax payment worth US$5 billion