The country with a network of 17 free trade agreements and a market of 100 million people has huge potential for digital economy development.

Vietnam expects the digital economy to become a key pillar in the country’s relations with its partners and also in the comprehensive strategic partnership with China.

According to Chinh, Vietnam, a dynamic economy in ASEAN, has joined in a network of 17 free trade agreements with 60 partners and a local market of 100 million people so it has huge potential for the development of the digital economy.

“This comes from the fact that Vietnam is among countries having the fastest growth in digital tech development”, Chinh said, noting 70% of the Vietnamese people are having access to the internet.

“It is also worth mentioning that a majority of the population are at a relatively young age with high capability to adapt to new digital technologies,” he added.

Vietnam, as China’s fifth-largest trading partner and the largest in ASEAN, is committed to collaborating with this country and others to further trade exchanges, particularly digital economy, for a mutual, inclusive, fair and sustainable development.

Chinh said such a move would no doubt contribute to the development of the region and the world at a time when the Covid-19 pandemic, climate change, and depleted of natural resources are posing great challenges for growth and prosperity.

“International cooperation and efficient application of digital technologies are among key solutions to create new driving forces for global economic recovery, and eventually a comprehensive and sustainable development,” he added.

“More importantly, a push for digitalization would serve as a positive factor to ensure a peaceful, stable and cooperative environment for cooperation between countries in the world,” Chinh asserted.

Steps to realize the potential of digitalization

To move forward, Chinh called for countries to take advantage of the current global Covid-19 fight to step up digitalization with a focus on digital technologies and digital economy as to complete UN Sustainable Development Goals 2030.

Meanwhile, countries should also integrate cooperation in digital technologies and economy in international agreements. In this regard, Vietnam has been actively contributing to the draft of new mechanisms on e-commerce stipulated in free trade agreements, with the latest being the ASEAN-China Comprehensive Economic Cooperation Agreement (ACFTA).

Chinh also stressed the necessity to further cooperation in education and training, strengthen the links among tech communities to enhance the digital skills of businesses and people, and provide support for vulnerable social groups to access and adapt to new technologies.

Digital techs also play a key role in facilitating trade, movements of goods, and people to avoid disruption of supply chains during the pandemic.

“Vietnam, therefore, has been aware of the significance of digital transformation and is determined to pursuing a digital economy and society,” he added.

The Global Trade in Services Summit themed “Towards Digital Future and Service Driven Development”, takes place from September 2-7 in Beijing and serves as a platform for leaders to discuss the importance of digitalization for socio-economic development in each country amid the Covid-19 pandemic.

The event is the largest of its kind with the participation of more than 700 enterprises. This is the first time Vietnamese enterprises participate in the Summit in both offline and online formats. 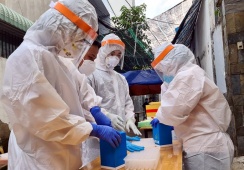 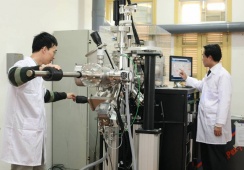 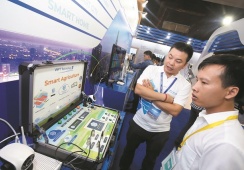 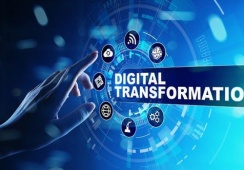