A regulatory framework for condotels must be soon made to end the current chaos which causes huge losses to secondary investors.

Vietnam’s relevant agencies will complete required documents within this month to soon introduce regulations on condotel, a real estate segment that has boomed in recent years yet is not regulated, a deputy minister of construction said at a governmental meeting on December 2.

Under Decree No.11 released in April 2019 by Prime Minister Nguyen Xuan Phuc, the Ministry of Construction is required to draft regulations on standards of condotel and the operation of this segment.

The Ministry of Culture, Sports, and Tourism needs to issue regulations on the management of condotels while the Ministry of Science and Technology is tasked with issuing guidelines on land ownership for condotels.

All the documents must be completed in December to create a legal framework for condotels, Deputy Minister Le Quang Hung said at a regular government press meeting

He pointed out several legislative bottlenecks of this segment, which include the lack of legal framework, lack of ownership certificate, lack of management regulations, and contract breach between primary and secondary investors.

For these reasons, the Ministry of Construction and local authorities have warned secondary investors of risks of investing in this segment, Hung said.

In 2017, the ministry and some local governments made reports warning the overheating of condotels amid legal uncertainty. In 2018, the ministry asked localities which are home to many condotels projects to examine the projects. Attention to infrastructure and population density at condotel projects was also alerted.

So far, the number of condotels is approximately 30,000.

To solve the problems, the ministry has made some recommendations, such as making transparent information of construction progress and risks in primary investors’ commitments; issuing the warnings; tightening credit for real estate projects, including condotels; and working out regulations on contracts made between primary and secondary investors.

The government move has been made following the announcement to stop paying profits for secondary investors at Cocobay Complex in the central city of Danang. The investor of the VND14-trillion (US$617 million) project said they will stop the profit delivery of 12% per annum to its clients from January 1, 2020 due to a financial collapse. 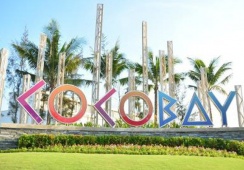