Vietnam, US hold huge potential for further cooperation: US Ambassador

The US continues to support a strong, independent, and prosperous Vietnam and seeks to further strengthen the relationship based on respect for each other’s political regime.

There remains huge potential for Vietnam and the US to strengthen cooperation in the coming time, including in new fields such as climate change adaptation and pandemic response.

US Ambassador to Vietnam Marc E.Knapper gave the remarks during a meeting with General Secretary of the Central Committee of the Communist Party of Vietnam Nguyen Phu Trong today [April 25].

At the meeting, Knapper expressed his strong impression of  Vietnam’s achievements in socio-economic development, its rising status on the global stage, and the strong bilateral relationship.

The ambassador stressed the US’ stance of supporting a strong, independent, and prosperous Vietnam, and seeks to further strengthen the relationship based on respect for each other’s political regime.

Knapper said he is committed to contributing to the US-Vietnam relations.

For his part, Trong said never before has Vietnam been in a better position in terms of strength, international standing, and prestige as today, thanks to the right domestic and foreign affairs policies.

“setting aside the past, overcoming differences, and promoting similarities towards the future.”

“Vietnam remains firm in pursuing independence, self-reliance, peace, cooperation, development, multilateralism while seeking to promote the relations with the US that are based on mutual respect in the interest of both countries, and of the region and the world,” he added.

Vietnam and the US remain key trading partners to each other. In 2021, Vietnam's exports to the US reached $96.29 billion, up 24.9% compared to 2020. The US, the world's largest economy continued to be Vietnam’s largest export market, accounting for 28.6% of the country’s export earnings.

In addition, US companies also invested in more than 20 economic sectors in Vietnam, ranking 11th among the top investors in the country. The majority of the largest US corporations have a presence in Vietnam such as Exxon Mobil, Murphy Oil, Chevron, Boeing, Ford, Intel, Wal-Mart, Nike, Amazon, and P&G. 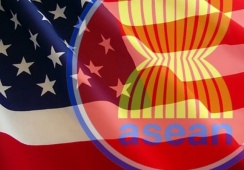 ASEAN-US Summit to take place in Washington in mid-May 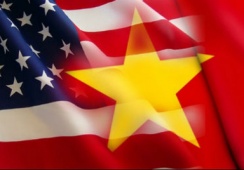 Vietnam willing to broaden bilateral relations with US