The strong message sent by Vietnam’s Prime Minister at COP26 has significantly improved the country’s image in the eyes of international investors.

According to Ward, the strong message sent by Chinh at COP26 has significantly improved Vietnam’s image in the eyes of international investors.

The UK, in this regard, would continue to accompany Vietnam in sustainable development, especially in fighting climate change and pursuing green growth, Ward said.

Prime Minister Chinh highly regarded Ward’s contribution during his term, which contributed to the progress of the Vietnam-UK strategic partnership in all spheres.

In particular, the effectiveness of the UK-Vietnam Free Trade Agreement (UKVFTA) helped boost bilateral economic cooperation, with trade turnover in 2021 at US$6.6 billion, up 17.2% year-on-year.

Chinh noted Vietnam gives priority to its bilateral relations with the UK, calling for both sides to intensify high-ranking exchanges and jointly organize activities to mark the 50th anniversary of diplomatic relations (1973-2023).

The Vietnamese leader expected both countries to continue taking advantage of the UKVFTA to boost economic-trade-investment cooperation, in which the UK should further import farm produce from Vietnam, and its investor to focus on priority fields in Vietnam, including green growth, digitalization, startup, innovation, education, and pharmacy.

Referring to Vietnam’s commitments at the COP26, Chinh said the country would take drastic action to push for energy transition and improve climate resilience.

He welcomed G7’s decision to choose Vietnam as one of the three countries subject to the Just Energy Transition Partnership, calling for Vietnam and the UK to continue cooperating in this regard, especially in green finance, renewables, training human resources, and promoting the development of the energy transition sector.

At the meeting, the UK Ambassador expressed his support for ASEAN and Vietnam’s stance on ensuring security and freedom of navigation on the East Sea, for which any dispute should be settled via peaceful measures based on international law, especially the UN Convention on the Law of the Sea 1982, for peace, cooperation, and development in the region and of the world. 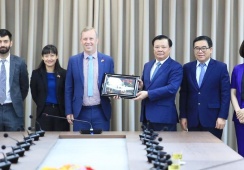 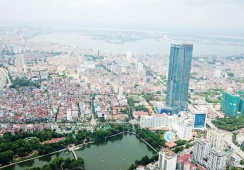 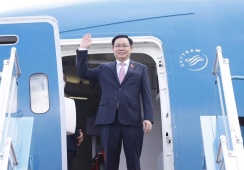 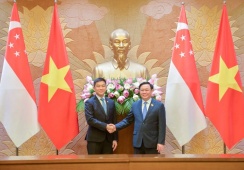