The launch of a new generation shopping mall is expected to be a shopping - entertainment - service destination for the capital city’s people.

Built as Life-Design Mall, the shopping-entertainment center has a scale of up to 68,000m2, including three supermarkets with a variety of Annam Gourmet imported products, fresh items from WinMart supermarket, and home utensils from the Kohnan Japanese convenience store.

The mega mall also includes VS Racing, an indoor mini F1 race track with an area of more than 3,000m2, Wolfoo City - the first and only amusement park with the animated Wolfoo character in Vietnam comprising many creative experience zones, and Kubo Nano - a playground for children and Funny Games.

Tran Mai Hoa, General Director of Vincom Retail, Vingroup’s subsidiary, affirmed Vincom Mega Mall Smart City is the first step of the Vincom system in creating a destination to catch up with the trend of entertainment and shopping, bringing different experiences for customers.

“The establishment of this new generation Vincom is expected to create a breakthrough for the Vietnamese retail market in the new normal,” she added. 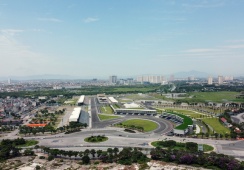 Hanoi to build square, shopping malls around My Dinh Stadium 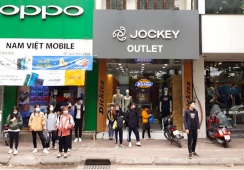