The new Vietnamese facility of the Chinese smartphone manufacturer will be a hub for exports to neighboring Southeast Asia countries, including Malaysia and Thailand.

DBG Technology said that the new Vietnam facility is a hub for exports to neighboring Southeast Asia countries, including Malaysia and Thailand.

Delivery costs in Southeast Asian markets have surged due to the Covid-19 pandemic and logistics costs have risen in recent years, and in order to address these problems, the Chinese smartphone maker has cooperated with its partners to implement production localization, a Xiaomi spokesperson told the Global Times.

Nguyen Duc Trong from Digiworld, Xiaomi’s official distributor in Vietnam, affirmed the first shipments have arrived at its warehouse. He believed this will solve the supply shortages amid Covid-19 impacts, ensuring the stability of the provision as well as affirming Vietnam’s competitiveness in terms of production capacity.

Aside from smartphone production, the factory will manufacture a variety of components, including data transmission equipment and circuit boards, and will be supplying the Vietnamese market.

Setting up production lines in Vietnam or other Southeast Asian markets can improve both cost and delivery efficiency of Chinese handset makers, given the potential market demand and relatively low labor costs in the region, according to Ma Jihua, a veteran technology analyst.

Alongside China’s industrial upgrading, some labor-intensive industries have started to relocate to Vietnam and other countries, beginning with manufacturers of shoes, clothes, and furniture.

Xiaomi is the second largest smartphone maker in Vietnam, accounting for 22% of the market share in the first three months of this year, according to the market research company Counterpoint. 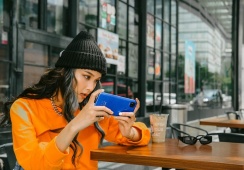