Disbursement of foreign direct investment (FDI) projects in Vietnam totaled US$5.15 billion in the first four months of 2020, representing a decline of 9.6% year-on-year, a report of the Foreign Investment Agency (FIA) under the Ministry of Planning and Investment has shown.

A surge in newly registered FDI in the four-month period was thanks to the liquefied natural gas (LNG) plant project worth US$4 billion in the southern province of Bac Lieu.

During this period, 3,210 projects have had nearly US$2.48 billion in capital contributed by foreign investors, up 32.9% in the number of projects but down 65.3% in value year-on-year.

Investors have poured money into 18 fields and sectors, in which manufacturing and processing led the pack with capital of nearly US$6 billion, accounting for 48.4% of the registered tally. Electricity production and supply came second with US$3.9 billion, or 31.9% of the total, followed by wholesale and retail with US$776 million, real estate with US$665 million.

The data shows that out of 93 countries and territories investing in Vietnam in the first four months of 2020, Singapore took the lead with US$5.07 billion. Thailand came second with US$1.46 billion, while the third place belonged to Japan with US$1.16 billion.

In terms of the number of projects, South Korea ranked first with 265, China in second with 135 and Japan in third with 116.

Among 57 cities and provinces having received FDI in the four-month period, Bac Lieu has attracted the largest portion of capital commitments with US$4 billion. Ba Ria – Vung Tau came second with US$1.9 billion, followed by Ho Chi Minh City with US$1.31 billion.

Besides the US$4-billion LNG plant project financed by a Singaporean investor, some other big-ticket projects in January – April include a tire manufacturing plant worth US$300 million from a Chinese investor in Tay Ninh province; an additional injection of US$138 million into a Chinese-invested radian tire production facility; an increase of US$75.2 million to Japan's Sews-components Vietnam manufacturing plant for electronic and auto parts; Hong Kong's Ce Link Vietnam 2 plant worth US$49.8 million in Bac Giang for electronic parts and products. 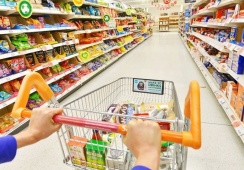