This would be the first step for Vietnam’s state firms to list shares on international stock exchanges.

The Ministry of Finance (MoF) plans to speed up the privatization of state-owned enterprises via stock market, marking a viable way to boost transparency along the process.

In a pilot program proposed by the ministry, a number of state-owned corporations operating under the form of a single member limited liability company would be transformed into joint-stock company wholly owned by the state.

These firms in subject are expected to list their shares on stock exchanges for divestment of state capital or raising funds, in turn ensuring transparency and convenience throughout the process, stated the MoF in a draft project on restructuring state-owned enterprises (SOEs) with a focus on major corporations in the 2021-2025 period.

“This would be the first step for Vietnam’s state firms to list shares on international stock exchanges,” added the MoF.

Moreover, the solution could accelerate the realization of a pilot project by the Ministry of Planning and Investment in forming 17 large scale SOEs serving as leaders in their respective industries, added the MoF.

Former Director of the Institute for World Economics and Politics Vo Dai Luoc told Tien Phong Online the fact that only 37 SOEs privatized out of the planned 128 SOEs under prime minister’s instruction for the 2016-2020 period is a concern.

“In many cases, the target is to just sell less than 50% of the state capital to ensure that the government remains a major shareholder,” said Luoc.

“In this situation, there would be no substantial change to enterprises’ corporate governance mechanism, but additional fund pumped into those may increase risks of wasting social resources,” he added.

Luoc suggested the government to draft a list of SOEs required to divest a minimum of 50% stake owned by the state, saying this would help private sector to further grow.

The MoF said as state ownership remains high in enterprises post-privatization, the goal of improving current corporate governance and business operation at firms has not been as expected.

The MoF set the goal of completing the SOE restructuring process via privatization and state capital divestment by 2025 with nine solutions, including finalizing legal framework; modernizing corporate governance; separating the management of state capital and business operation for hiring managers for enterprises co-owned by the state. 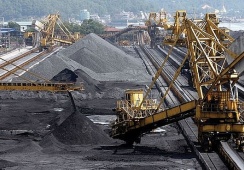 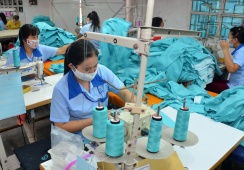