“The Positive Outlook reflects our Outlook on the Vietnam sovereign (BB/Positive),” Fitch said in a note on Monday.

ANZV's Long-Term Foreign Currency IDR is capped at the Vietnamese Country Ceiling, which is ‘BB’ now.

The rating agency said ANZV's ratings are support driven. Fitch believes that the bank's parent Australia and New Zealand Banking Group Limited (ANZ, AA-/Negative/aa-) has a strong ability to extend extraordinary support to its Vietnam subsidiary - given the parent's credit profile, and ANZV's small asset base that accounted for only around 0.2% of the parent's total assets at end-2018.

Nevertheless, Fitch analysts believe that currency transfer and convertibility risks, as reflected in Vietnam's Country Ceiling of 'BB', could represent a significant constraint on ANZV's ability to receive support from its Australia-based parent. This is reflected in the Support Rating of '3' that indicates a moderate probability of support from its higher-rated Australia-based parent, in times of need.

“Fitch regards the risk of sovereign restrictions on local-currency repayments as lower than that of foreign-currency restrictions. We also expect parental support to be robust, assuming no very high levels of sovereign or macroeconomic stress. Hence, ANZV's Long-Term Local-Currency IDR is rated two notches above Vietnam's sovereign rating,” said the note.

The rating’s view on ANZ's propensity to provide support to ANZV is based on ANZV's relatively limited role in the group, compared with larger subsidiaries in more strategically important markets. 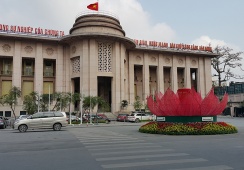