Foreign investors have remained confident in Vietnam's stock market, with a net-bought volume of VND1.7 trillion (US$74 million) in the past five trading sessions.

Since the beginning of April, the benchmark Vn-Index fell by 118 points from its peak of 1,524, causing a sharp drop in stocks’ value and subsequent evaporation of over $19 billion in market capitalization.

Contrary to the sell-off trend of domestic investors, their foreign peers have been looking to buy stocks with a combined net value of VND1.7 trillion ($74 million) since April 13, of which VND1.6 trillion ($69.6 million) in securities were bought on the HoSE, and the remaining on the HNX.

According to experts, this showcases the strong confidence of foreign investors in the market outlook, especially as their focus is turning to stocks from companies with high potential for development such as GEX, VPB, MWG, NVL, or CTG.

Among foreign funds joining the trend, Dragon Capital was one of the largest buyers by spending VND600 billion ($26 million) to purchase MWG stocks on April 15, or buying in shares of GEX, DGC to become their major shareholder.

The fund noted the arrests may impact investors’ sentiment in the upcoming weeks, especially in stocks from real estate firms.

But in the long-term, the move would benefit the market development by enhancing its transparency and encouraging investors to turn to stocks with solid fundamentals.

As public firms are scheduled to hold their respective general meetings of shareholders in 2022, Dragon Capital forecasts profit growth would still average 15%, and even at 20-25% for the banking sector.

Manufacturing and processing continued to be the driving force for growth with an expansion rate of 78% year on year.

Trading activities remained positive during the period with exports of $89.1 billion, up 13.4%, and imports of $87.6 billion, up 15.2%. This resulted in a trade surplus of $1.5 billion during the three months.

Meanwhile, the services sector has been gaining momentum from last October by expanding 4.6% year-on-year in the first quarter, for which Dragon Capital expected the sector to be the new engine for growth in the coming time as the country has now reopened its borders for foreign visitors.

Dragon Capital forecast Vietnam’s GDP growth at 7% in 2022, and up to 8.6% in case the upcoming socio-economic recovery program is well implemented.

Rating agencies such as Fitch and Moody’s also maintained Vietnam’s sovereign rating at the positive outlook of respective BB and Ba3. 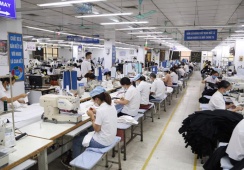 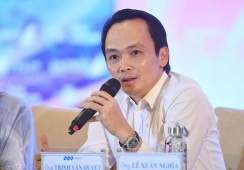 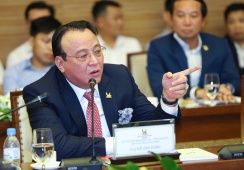 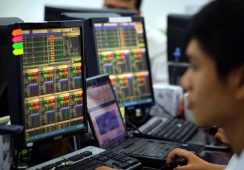