This year, Hanoi sets the growth objective for the agricultural sector at 2.5-3% year on year, a target the Director of the municipal Department for Agricultural and Rural Development Chu Phu My noted is feasible with just over a month left until the year-end.

He also called on the sector to further boost production in anticipation of growing demand during the New Year's festive period, or Tet, saying this could boost growth in 2023.

At Nam Phuong Tien Ward, Chuong My District, local farmers are focusing on quick-maturing plants and expanding livestock production in the winter to boost food supplies for the market.

Chairman of the board of directors of the Nam Phuong Tien Agricultural Cooperative, Nguyen Van Lanh, said the top priority is to ensure that production remains in line with market demand in the year-end period.

"We are encouraging member farmers to grow seasonal vegetables, especially fast-harvested ones to increase income during the winter," he added.

According to a report from the Chuong My District People's Committee, the locality grows soybeans, corn, and potatoes on an area of 2,150 hectares and other types of vegetables on 1,300 hectares to supply agricultural products to the market.

“Our farm produce is provided for Hanoi and other localities during the year-end period. Therefore, we are calling for members to expand production capacity, especially organic products,” Manh added.

Not only with vegetables, but cooperatives in Hanoi are also expanding livestock and aquaculture production. Director of Thu Phu Hi-tech Farming Cooperative (Thuong Tin District) Nguyen Dinh Thang noted since September, the cooperative has doubled production capacity in preparation for the Tet period.

According to Chu Phu My from the Department for Agricultural and Rural Development, higher production capacity in line with rising market demand during the remainder of the year would create breakthroughs for the development of the agricultural sector and, at the same time, ensure food supplies for customers in Hanoi and neighboring cities/provinces.

To enhance added value in agricultural production, the municipal Department for Agricultural and Rural Development called for localities in Hanoi to focus on quick-maturing plants of high quality and expand supply chains.

Nearly 30,000 hectares of agricultural land were allocated for vegetable planting.

“Cooperatives and farm producers are encouraged to apply technologies to meet market demands better,” My said.

According to the Director of the Hanoi Agricultural Development Center, Hoang Thi Hoa, growing quick-harvest plants during the winter would optimize economic benefits and boost productivity.

In line with such an effort, Hanoi would strengthen market linkage to distribute farm produce and enhance product value effectively.

Director My said Hanoi’s priority is to boost inter-provincial cooperation under the agricultural supply chain to boost market consumption, including establishing showrooms for agricultural products across the city. 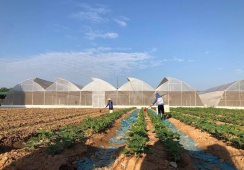 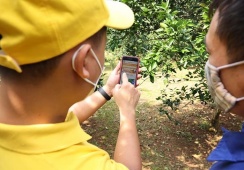