Mergers and acquisitions (M&A) is the shortest way for foreign firms to penetrate the market and expand their activities in Vietnam with high efficiency and significant cost savings, according to Vice Minister of Planning and Investment Tran Quoc Phuong.

Over the years, M&A has become an efficient capital mobilization channel and contributed to the ongoing restriction of economic activities, as well as the diversification of ownership types of enterprises, stated Mr. Phuong at the annual M&A Vietnam Forum held on November 24.

Mr. Phuong said in the past decade, Vietnam’s M&A market has grown strongly with thousands of transactions worth nearly US$50 billion.

This year, while the Covid-19 pandemic has severely impacted global trade and investment activities, the combined M&A transaction value in Vietnam is estimated to decline by 51.4% year-on-year to US$3.5 billion.

However, a report from Euromonitor International suggested Vietnam is one of the most dynamic and high potential M&A markets globally, with the country’s score in M&A Investment Index at 102, behind only the US with 108.9 score.

As such, M&A activities in Vietnam could start recovering from mid-2021 and take the market size to the pre-Covid-19 level of around US$5 billion per year.

Such a positive outlook is thanks to Vietnam’s rapid economic development during the 2016 – 2019 period and its successful efforts in containing the Covid-19 pandemic in 2020, noted Mr. Phuong.

Overall, Vietnam has successfully realized the dual target of both containing the pandemic and boosting economic recovery, he stressed.

Mr. Phuong referred to the International Monetary Fund (IMF) having recently revised up Vietnam’s growth forecast for 2020 to 2.4%, among the highest in the world. This, along with inflation rate under control, stable currency market and positive prospects of the stock market, has again solidified Vietnam’s status as one of the world’s most attractive and safe investment destinations for foreign investors, he suggested.

According to Mr. Phuong, the Vietnamese government would continue to create favorable conditions for foreign investors, while perfecting legal frameworks for private companies to take a more active role in the privatization process of state-owned enterprises.

This would help form a strong value chain between private enterprises, including foreign ones, and state firms, he suggested.

At the same time, the government is willing to continue providing support for enterprises and investors in terms of infrastructure, land and human resources, as well as institutional reform and improvements in the business environment, Mr. Phuong added.

In 2020, the National Assembly has ratified the public-private partnership (PPP) law, providing reforms in market entry and creating more conveniences for enterprises in doing business or investing, including M&A.

Notably, for the first time a list of sectors with limited market access for foreign investors would be issued under the principle of negative list, in which, all sectors that are not listed there, by default, would be opened to foreign firms under the same conditions as for their domestic peers.

Moreover, the Ministry of Planning and Investment is finalizing a strategy for FDI attraction in the next development phase, with a focus on attracting hi-tech projects, which are of modern corporate governance, aiming to facilitate technology transfer and support local firms to further integrate into global value chains.

Meanwhile, the recently-signed Regional Comprehensive Economic Partnership (RCEP) would further boost Vietnam’s trading and investment activities, which have partly been impacted by the Covid-19 pandemic.

All these factors would contribute significantly to Vietnam’s M&A market in 2021 and subsequent years, he said. 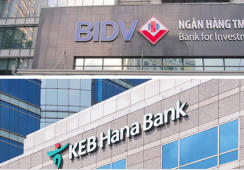