State budget revenue has been on the rise despite the pandemic situation and helps provide sufficient funds to support the ongoing fight against the pandemic.

During the first eight months of 2021, the Vietnamese Government has spent VND18.8 trillion (US$827 million) to aid efforts against the Covid-19 pandemic and support people affected by the situation.

Meanwhile, another VND2.55 trillion ($112.2 million) was allocated from the Vietnam Fund for Vaccination Prevention of Coronavirus Disease 2019 (VFVC) to purchase vaccines and necessary medical equipment, according to a report from the Ministry of Finance (MoF).

As of August 30, the VFVC has raised nearly VND9 trillion ($396 million) from donors.

To help the locals better cope with current economic hardship, Prime Minister Pham Minh Chinh has ordered the delivery of 74,300 tons of rice from the national reserves to support people struggling with natural disasters and the Covid-19 pandemic.

Meanwhile, State budget collection in the eight-month period rose by 14.3% year-on-year in spite of the pandemic impacts and reached 75% of the estimate. Of the total, domestic revenue expanded by 12%, or 72.4% of the estimate, while that of crude oil slightly increased by 0.9% to exceed the year’s target by 11%.

The MoF noted 54 out of 63 provinces/cities have posted a domestic collection of over 67% of the respective estimate, in which 47 have achieved a tax yield of over 70%.

“Such results are positive at the moment and were thanks to strong economic growth from late 2020,” stated the MoF.

According to the ministry, certain sectors, including banking, finance, securities, and real estate, have benefited from Government’s supporting policies to maintain positive growth and generated more revenue for the State budget.

The MoF, however, warned the fourth Covid-19 outbreak since late April has caused a decline in budget revenue, while trading activities also took a hit from the pandemic.

During the eight-month period, the disbursement rate remained over 40%, below the 46% recorded in the same period of last year. 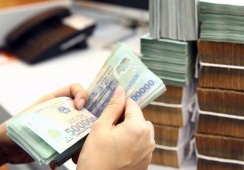 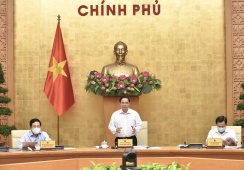 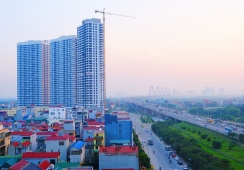