Infrastructure need to be improved and developed to meet the domestic demand for LNG in the future.

The Khanh Hoa People’s Committee is seeking the Prime Minister’s authorization for the construction of two liquefied petroleum gas (LNG) projects invested by the US Millennium Vietnam Company in the southern Van Phong Economic Zone (EZ) in the central coastal province.

The provincial authority also suggested that the Ministry of Industry and Trade should consider  adding the projects to the national power development plan and the master plan on national energy, both for the 2021-30 period, with a view to 2050, so as to enable the investor to execute them in accordance with the regulations.

The US company, a member of Millennium Petroleum Group, surveyed the location of the EZ last July and signed a memorandum of understanding with the EZ’s management board on building two projects on an area of 360 ha.

The company would build  a 4,800MW power plant, of which the first phase is expected to start   before 2030 and the second phase would be launched in 2030.

Infrastructure such as transportation systems and special-purpose vehicles for the transport, storage and recycling of fuel need to be improved and developed to meet the demand for LNG in the future, local experts said.

Another project is the construction of a 17 million cubic meter LNG storage, with a capital of US$22.5 billion. The storage facility would provide gas to the power plant and export to Asian countries.

In April, the investor also proposed to develop another project with investment capital of US$15 billion in the Mekong River Delta’s Soc Trang province. The LNG project is designed with a capacity of 9,600MW and an area of 200ha.

According to the Van Phong EZ’s management board, some foreign investors had shown interest in Van Phong as their investment destination, including Sumitomo Corporation and J-Power from Japan and a venture between Vietnam’s Embark United and the US’ Quantum.

The Van Phong EZ has attracted 153 investment projects including 30 foreign and 120 domestic projects with a combined registered capital of US$4.1 billion. The disbursed capital has been nearly US$1.4 billion. 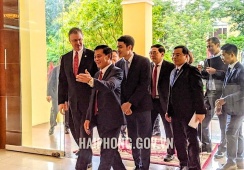 ExxonMobil seeks to invest in US$5.1 billion LNG-to-power complex in Haiphong 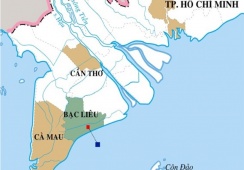 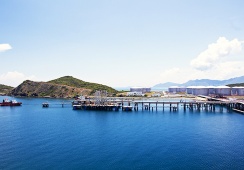