The acceleration of the vaccine rollout should help Vietnam’s economy to return to its pre-pandemic growth level next year.

“This new projection assumes that the current outbreak will gradually be brought under control, allowing the economy to rebound in the fourth quarter,” noted Madani, adding this rebound will also be supported by the acceleration of the vaccine rollout, which is expected to cover at least 70% of the adult population by mid-2022, preventing new severe outbreaks.

While this forecast remains positive, Madani noted it is two percentage points lower than the figure released in December 2020 Taking Stock edition, mainly due to the negative effects associated with the latest Covid-19 outbreak in the country.

For the remainder of 2021, Manadi expected monetary policy will remain accommodative through the implementation of various monetary policy instruments and debt restructuring.

From 2022 onward, Manadi expects the State Bank of Vietnam to resume its prudent approach towards balancing between supporting economic growth and managing inflation, while closely monitoring the health of the financial sector.

“The authorities will need to improve their revenue performance and expenditure efficiency, especially the quality of public investment, to meet the expected increase in infrastructure and quality social services Vietnam will need in the next decade,” she continued.

In this context, the WB’s report stressed the necessity to address heightened social consequences of the crisis, to ensure the current and future victims of natural or economic shocks receive adequate support, especially women or workers in informal sectors.

While the government still has sufficient fiscal space, with a debt-to-GDP ratio of around 55.3% of GDP as of end-2020, international experience has demonstrated that the fiscal situation could deteriorate relatively quickly if the current outbreak is not rapidly controlled or new outbreaks materialize in the coming months, noted the report.

The government may be required to expand its fiscal assistance package, which has been modest so far, while revenue might be negatively affected by a weaker-than-expected economic rebound, it said.

As uncertainties are still growing surrounding the Covid-19 situation, World Bank’s Country Director to Vietnam Carolyn Turk suggested this is the right timing for Vietnam to push for digital transformation.

“The pandemic has served as a catalyst for digitalization in Vietnam, as not only the Government is expanding online public services, but more enterprises have been working on providing services online,” said Turk.

Sharing Turk’s view, Deputy Director-General of the Department of International Cooperation under the Ministry of Information and Communications Hoang Anh Tu said the country has prioritized the development of the digital economy as the way moving forward.

“Vietnam set the targets for the digital economy to contribute 20% of the GDP by 2025 along with establishing 100,000 digital firms,” Tu said.

“We expect to become an ideal destination for regional and international digital companies to do businesses, a step that would turn Vietnam into a digital country,” he noted.

WB’s lead economist Jacques Morisset added Vietnam today is one of the most connected countries in the world with high mobile and internet penetration rates, and increasing use of IT tools and platforms by businesses.

To gain substantially from the digital transformation of its economy, Morisset noted the Government of Vietnam will need to take action.

“Beyond upgrading infrastructure, it must encourage technology adoption and attract investments to enable small business participation in the digital economy, and facilitate skills acquisition and upgrading, data privacy, and cybersecurity,” stated Morisset.

If these challenges are not addressed with urgency by Vietnamese policymakers, there would be a risk that the digital dividends will not be as large as expected and, above all, would be distributed unequally, leading to potential economic, social, and political tensions, he concluded. 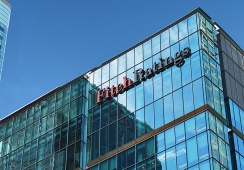 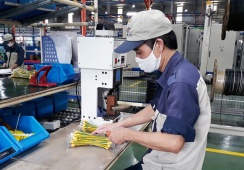