As of present, the Ministry of Planning and Investment has completed setting up a list of major projects which are vital for economic development in the Mekong Delta Region.

Prime Minister Nguyen Xuan Phuc has agreed to provide an additional US$2 billion for the Mekong Delta Region in the coming time, according to Minister of Planning and Investment Nguyen Chi Dung.

As of present, the Ministry of Planning and Investment has completed setting up a list of major projects which are vital to economic development in the Mekong Delta region, said Mr. Dung at a discussion session of the National Assembly on November 9.

According to Mr. Dung, the Ministry of Transport is set to complete national highways connecting Ca Mau – Bac Lieu – Can Tho by 2025.

In the 2021 – 2025 period, the MPI would finalize a proposal on financial support worth US$1.05 billion for provinces and cities in the Mekong Delta region, aiming to build coastal roads and other major infrastructure works in the region.

Besides, the government would consider other projects that would boost inter-provincial connectivity. Each province would get the central government’s support for one of its most significant projects for greater linkage with others.

For climate change mitigation projects, including the construction of sea dykes, the government gives high priority to using state funding for this process, which currently stands at VND4.8 trillion (US$207 million).

In addition to funds allocated from the central budget, Mr. Dung expected localities to continue using their own budgets for infrastructure projects.

The MPI is set to submit to Prime Minister Nguyen Xuan Phuc regional planning for the Mekong Delta region until 2030 with a vision to 2050, which is set to be approved in early 2021. 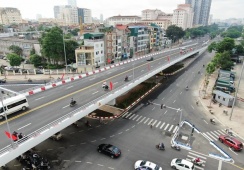 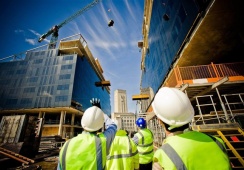