Southeast Asia-focused venture capital funds are putting more effort into early-stage investment in Vietnam, and such a trend is expected to continue growing in the next 10 years.

Vietnam is set to emerge as a major startup ecosystem in Southeast Asia by 2022.

With the trend of continuing to grow in the next 10 years, five industries that are predicted to catch investors’ attention are e-commerce, financial services, online media, online travel, and food & transportation.

The venture capital also expects the number of initial public offerings (IPOs) in the region to exceed 300 by 2030, nearly triple the amount recorded in 2020 at 114, as more local startups seek an exit in domestic public markets.

According to Golden Gate Ventures, over the last decade, the startup landscape in Southeast Asia grew phenomenally in terms of capital inflow with total capital invested per annum increasing 50 times from US$130 million in 2010 to $6.5 billion in 2020 – and the close of the decade culminated in 15 mega-deals of over $100 million each that accounted for over half of the total capital invested.

“Food, fintech, and logistics were amongst the vertical that drew the most investment dollars,” it added.

Meanwhile, the venture capital fund noted the first-generation entrepreneurs of the region typically came from corporates, as there was no existing startup pool.

“We have seen an emergence of Generation 1.5 - former senior employees of high-growth tech companies. As it takes an average of 8.3 years from start to exit, we are on the precipice of seeing Generation 2.0 take off,” it added.

For 10 years ahead, it suggested media and entertainment startups will gain a stronger following and funding at over $700 million by 2030 as the industry is shifting its focus into a digital-first solution – including TV/film, live-streaming, and esports. 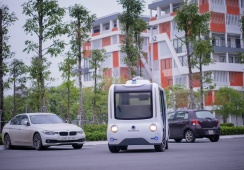