Vietnam’s economy has performed well amid a difficult global environment in the first six months of the year.

According to Chinh, Vietnam’s economy has performed well amid a difficult global environment in the first six months of the year.

Chinh highlighted the GDP growth of 7.72% in the second quarter, the highest second-quarter growth since 2011, and the six-month GDP growth of 6.42%. Such  half-year growth rate is even higher than the pre-pandemic one. (6.38% in the 2016-2019 period). In this context, 44 out of 63 provinces/cities posted economic growth of over 6%, which showed a consistent recovery level among localities, he said.

Other positive factors include state budget revenue reaching 66.1% of the year’s estimate; trade turnover hitting US$371.1 billion, up 16.4% year-on-year; and disbursement of over $10 billion of foreign direct investment, the highest in the past 10 years.

For the remaining period of the year, Chinh expected the Government to continue maneuvering fiscal and monetary policies flexibly to ensure the security of the financial market.

“Credit should be channeled into priority fields, with businesses and people having the opportunity to access preferential loans,” he added.

Amid rising petrol prices, Chinh called for the authorities to explore options on further cutting taxes related to petrol products, including a subsidiary program for certain groups of people.

“Vietnam would continue to ensure the healthy and effective development of the stock, corporate bond, and monetary markets, in which the authorities are expected to swiftly deal with any irregularity,” he said.

Meanwhile, the Government is expected to boost the ongoing economic restructuring process in line with the revision of the growth model based on science, technology, and digitalization. 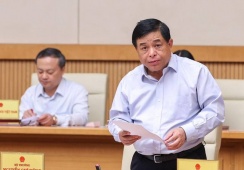 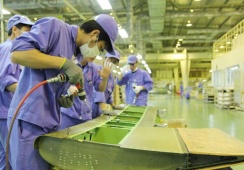