All five sub-projects under the North-South Expressway project would be operated under the PPP mechanism, scheduled to commence in early 2021.

Vice Minister of Transport Nguyen Nhat said bidders would have two months to prepare for their tenders and submit the documents in September, adding the evaluation process is scheduled to complete by December.

Additionally, bidders would have six months to mobilize capital for these projects worth a combined VND22.35 trillion (US$961.28 million), which is a condition for contract award if their bids are accepted, stated Nhat.

Meanwhile, a representative from the Public–Private Partnership (PPP) Department under the MoT, said all five projects would be operated under the PPP mechanism, scheduled to commence in early 2021.

According to Nhat, local authorities plan to handover clear sites for contractors in October, as the site clearance process has completed 80 – 85% of the work volume.

The NA’s latest decision would mean the expressway project now consists of six projects to be funded by the state  and other five under the PPP format. 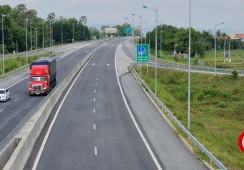 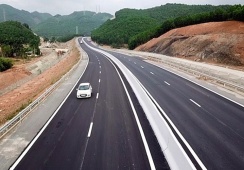 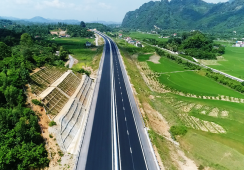