The Vietnamese Government is working on the construction of over 1,900 kilometers of expressway with total investment capital of over VND500 trillion ($22 billion).

Localities should be more proactive in allocating funds for infrastructure development, especially projects of strategic importance in priority fields with high spillover effects.

Prime Minister Pham Minh Chinh stressed the view in a national conference with provinces/cities of the first level of administrative division today [April 5], discussing key priorities for the second quarter.

“The Government is committed to ensuring transparency and fairness in allocating funds for public projects to prevent possible corruption and waste during the implementation process,” Chinh said.

The Vietnamese Government is working on the construction of over 1,900 kilometers of expressway with total investment capital of over VND500 trillion ($22 billion).

“Never before have Vietnam spent such a huge sum of capital for expressway projects, scheduled to complete in the 2025-2026 period,” Chinh said.

According to Chinh, the economy would continue to face multiple challenges in the upcoming period in terms of inflation, rising prices, and market instability.

Chinh stressed the necessity for Vietnam to stabilize macro-economic conditions and balance of payments, while localities are responsible for accelerating the disbursement of public investments, seen as a key task to boost growth.

“Leaders of provinces/cities that fail to meet the public investment target would face disciplinary measures and their funds would be transferred to those with higher disbursement pace,” Chinh said.

The prime minister also called for Government agencies to continue addressing concerns from the business community and take better advantage of free trade agreements that Vietnam is a part of, at the same time promoting domestic consumption via e-commerce and new business models.

“Vietnam needs to continue pursuing the restructuring process for greater quality, productivity, and competitiveness, as well as enhancing its resilience against external shocks,” Chinh noted, adding that digital economy, digitalization, and climate change response are among the key drivers for Vietnam to achieve sustainable development.

As of March 30, nearly 90% of total budget funds have been allocated to provinces/cities, and the disbursed rate was estimated at 11.88% of the target.

Reports from Government agencies attributed the slow progress in public investment to the lack of commitments from leaders in provinces/cities and delay in bidding or contract negotiation for new projects. 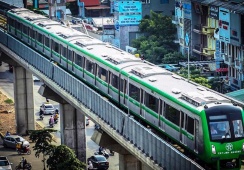