Hanoi now tops localities nationwide for the number of Covid-19 infections with nearly 40,000 cases, including 70% recovered.

Hanoi will allow people coming from Omicron-affected countries to self-isolate instead of undergoing quarantine at centralized facilities as the city first planned.

The decision was made one day after the city released regulations on the centralized quarantine.

In the latest move that will take effect from January 1st, 2022, incoming people who are fully vaccinated or recovered from Covid-19 will undertake three days of self-isolation and those who are single dosed or unvaccinated will bear one-weak self-isolation either at home or in lodging facilities.

People of both groups need subsequent 14 days of self-health surveillance if they are tested negative for SARS-CoV-2 in PCR testing, according to the decision made on December 28.

Those who are aged under 18 and above 65, pregnant women, and with underlying diseases will be isolated with caretakers that are double dosed.

Hanoi made the decision at a time when the Government of Vietnam agreed to resume scheduled international flight routes to some destinations of high safety.

So far, the Civil Aviation Authority of Vietnam (CAAV) has allowed airlines to sell tickets to Japan and the US, the two destinations with Omicron variant detection.

In another move, Vietnam has found the first case with the Omicron variant. It’s a visitor coming from the UK on December 20. The patient is now quarantined at the 108 Central Military Hospital in good health condition. 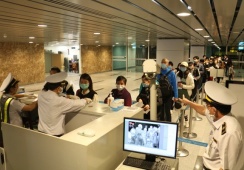 Arrivals to Hanoi from Omicron-hit countries must undergo centralized quarantine 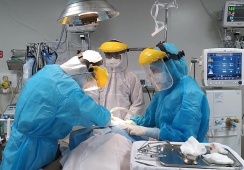 Over 12,200 new Covid-19 patients confirmed in Hanoi in seven days 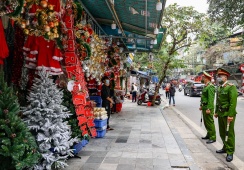