Hanoi will speed up the vaccination program hat is seen as the platform to boost growth in the remaining period of the year.

The municipal Department of Statistics released the figure in its monthly report, noting a slower economic growth was due to a sharp contraction of 7.02% in GRDP growth in the third quarter amid the fourth Covid-19 outbreak.

In the services sector, hospitality and catering services suffered a sharp decline of 26.91% year-on-year; administrative and support services by 24.82%; real estate by 8.96%; art and entertainment by 7.02%.

“Local authorities were forced to adopt stay-at-home order to contain the infection, which has led to a drastic decline in industrial output,” noted the report.

The index of industrial production in the third quarter decreased by 4.4% year-on-year, in which the manufacturing and processing, accounting for 96.5% of total production value in Hanoi’s industry sector, went down by 5.3%.

For the nine-month period, the index expanded by 4.1% year-on-year, which is however the lowest nine-month growth in the past few years.

The pandemic also forced the closure of supermarkets or convenience stores, leading to the year-on-year fall of 10.4% of the total revenue of retail sales and services to VND380 trillion (USD16.7 billion).

There were still bright spots in the economy in the first nine months, including positive growth of 8.68% in the banking-finance sector, IT and telecommunications (6.34%); science and technology (5.54%).

Meanwhile, Hanoi continued to be among the top 5 largest recipients of FDI in Vietnam with total commitments of $927 million in the period. 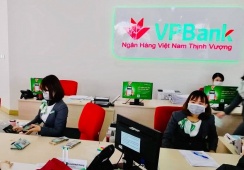 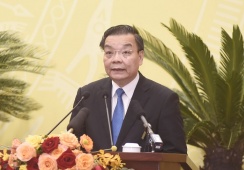