There are various dining offerings for Christmas and New Year Eve celebrations at prices ranging from hundreds to millions dong.

Being sophisticatedly decorated with Christmas themes, many hotels in Hanoi are ready for the 2021 festive season. These hotels offer plentiful choices of dinners for Christmas Eve, Christmas Day and New Year’s Eve. The Hanoi Times would like to refer some dining-out options for the special dinners of the year.

This Christmas season, Sofitel Legend Metropole Hanoi celebrates the “Once upon a time” as it transforms into a winter wonderland decorated with classic-style nutcrackers, bringing life to the holiday with renowned French sophistication and joie de vivre.

For Christmas Eve, the hotel offers four special Christmas Eve dinners on December 24, including two festive buffet dinners at Le Club; a seven-course gourmet French dinner at the Festive Wonderland by Le Beaulieu; and a six-course set dinner of European & New World cuisine at Angelina Bar. The prices are anywhere between VND3.3 million (US$144) and VND6.8 million ($297) per person.

In addition, on Christmas Day of December 25, the hotel will host a buffet lunch and a series of dinners with similar themes at three of its restaurants with a hefty price tag of between VND 2.2 million ($96) and VND5.8 million ($253) per diner.

The price for Christmas Lunch starts from VND1,100,000 ($48)/person, including a free-flow beverage package of soft drink, red, white, and sparkling wine. A 30% discount for the Club Marriott members is available.

Delectable culinary creations prepared by the chefs of Mövenpick Hotel Hanoi with nods to Switzerland, German, and East Asian cuisines are available through Christmas Eve and New Year’s Eve buffet.

With a legacy of over 70 years of culinary excellence, the Swiss-born Mövenpick brand boasts an exciting selection of creative dishes like Salmon Sashimi with Flamed-off Coffee Beans and Fresh Spring Rolls with Cold-Brew Espresso Dressing, which made an impression with food lovers in Hanoi through the years will make a re-appearance in these buffet feasts.

Melia Hanoi Hotel is ready for the festive season with its 4-course menu that will be prepared by the hotel’s chefs. Some premium dishes are available, including cod, foie gras, Atlantic salmon, Australian beef tenderloin, fine French duck breast, among others.

Visitors to Pan Pacific Hotel are invited to its Pacifica Restaurant where festive delicacies such as roasted turkey, pineapple honey glazed ham, seafood, foie gras, among others are on offer.

Dolce by Wyndham Hotel Hanoi introduces exquisite European cuisine with a premium 6-course Christmas menu at the newly opened F29 Golden Beef restaurant. The price for the “Holly Jolly Christmas set menu” is at VND1,800,000 ($78.7) per person. This eating outlet is said to be the first-ever golden beef restaurant in town and offers the famed gold-encrusted “Tomahawk Wagyu” steak, which costs around $45 per person. 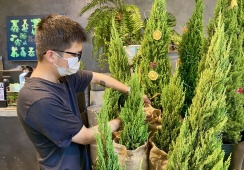 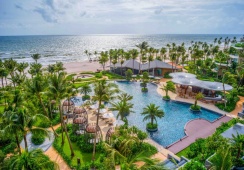 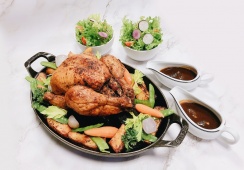 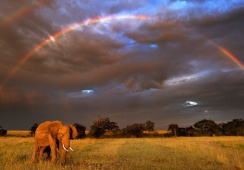